Mean Girls. I knew them well…

I was an underdeveloped twelve-year old when my parents sent me to Calhoun for junior high, a small private all-girls school on the Upper West Side, that defined ‘mean girls’ before that became an urban phrase. My birthday was April 20, which made me a year younger than almost everyone. I looked it. I acted it. I was killed for it.

Calhoun was located in a brownstone in the 80’s near Riverside Drive. The head mistresses, Miss Parmalee and Miss Cosmee, resembled Mutt and Jeff and acted like characters out of Dickens. They never cracked a smile and would wait by the front door with a yardstick to measure the length of your skirt every morning when you walked into school and would rap your knuckles if it was too short. Every day, as I headed up the wooden stairs of the narrow brownstone to the seventh grade classroom I felt dread in the pit of my stomach.

At the top floor there were two homeroom classes of eleven girls each. Every day, the game was to gang up on one particular girl, at random.  (It probably wasn’t as random as it felt but I wasn’t one of the ringleaders.) I would wait in the coatroom for as long as I could before going into homeroom, where the torture would begin. Gone was the safety of the public school I’d attended for elementary school. Gone were kids I could trust. Gone was a sense of a moral center.

At Calhoun, being smart was a no-no and to be popular you had to be dumb. I worked on that. Plus, most of the other girls had chauffeurs and used their parents’ credit cards at Saks Fifth Avenue or Lord & Taylor. Those weren’t my European-born parents’ values. I was in way over my head.

By the time eighth grade rolled around I’d learned how to be a ‘bad girl’ who got C’s and D’s. I’d learned how to shoplift. Thankfully, my mother managed to get me tested by an academic tester who proclaimed me a very intelligent underachiever (she must have bribed him) and, armed with that letter I was interviewed by Fieldston, a terrific prep school, where I was accepted. 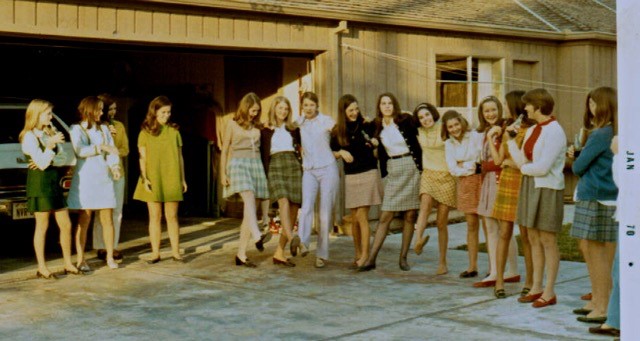 I was desperate to be popular and learned to fit in, even when I had to shoplift to get the right wardrobe. Because the girls at Fieldston could be just as mean if you wore the wrong clothes.

Novelist, freelance writer and composer in LA. View all posts by Linda